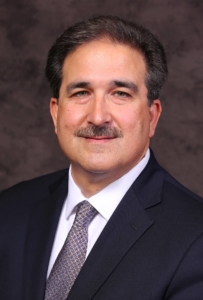 Rob is a key member of Garud’s executive management team who, in close coordination with the Chief Operating Officer, formulates and drives the overall strategy and management of the company. He leads program management and execution, new program development and oversight, program integration, and is responsible for meeting program/project goals and objectives.

Rob is a senior acquisition professional with more than 30 years of demonstrated success in the support of DoD and DHS Research, Development, Test and Evaluation (RDT&E) initiatives including Basic and Applied Research, Technology Demonstrations/Experimentation and prototype efforts, as well as several oversight programs of record.

He is a retired Naval Officer of 25 years with functional expertise in Submarine Warfare, Diving and Salvage, Mine Warfare, Explosive Ordnance Disposal (EOD), Naval Coastal Warfare, and expeditionary operations. He holds a Bachelor of Science degree in Electrical Engineering Technology and a Master of Art degree in National Security Affairs and Strategic Studies from the Naval War College.

Rob and Celia have been married for 30 years and they have two sons, Robert and Armando, who are proudly serving in the United States Marine Corps and United States Air Force, respectively.